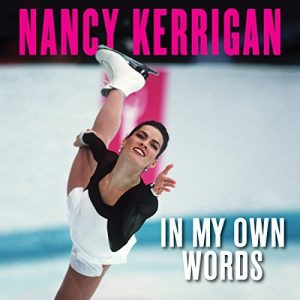 We had the pleasure of working with Olympic Medalist and World Champion figure skater Nancy Kerrigan narrating "In My Own Words". The book that was originally published in 1995 shortly after her famous 1994 Olympic performance, and tells the story of her life from when she was a kid up until shortly after the Olympics.

You can now listen to it here on Audible.com