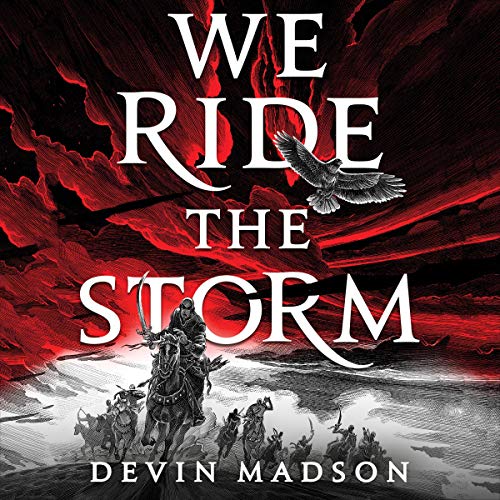 We Ride The Storm follows the stories of a princess, a warrior and an assassin during the fall of a kingdom and the onset of a war.  This is the first installment of a new fantasy series by author Devin Madson.

The audiobook is produced by Hachette Audio with post-production by Elephant Audiobooks. Narrated by Katharine Chin, Fajoer Al-Kaisi, and Barrie Kreinik.

You can purchase the audiobook here: “We Ride the Storm (The Reborn Empire Book 1)”